Before some weeks, the drum machine Ruismaker as IOS AU was released. Now the same developer announced another Ruismaker Drum app with another colour of sound. This time, he will released an app with FM power behind. I found this informations today on Facebook, so i think it’s good to share it with you all.

If you miss the first app of this developer: 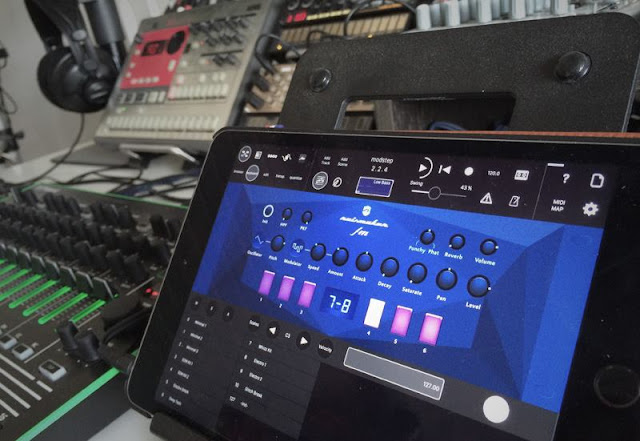 I’m happy to announce that Ruismaker is getting a crazy twin sister: Ruismaker FM. Although she shares lots of DNA with Ruismaker, she’s very different! Based on a flexible FM synthesis engine you can create unusual percussive sounds from scratch; kicks, snares, hits, hats, bobs, blibs, cymbals, zaps, twangs, etc. etc. Even melodic basslines! Because it’s an AU Instrument you can run as many instances as you like in parallel (and CPU load is as low as you’ve come to expect from a Ruismaker plugin). Fully MIDI CC automatable. Compatible with any AU host on iPad and iPhone. Audio samples and more details coming soon. Release date: TBA, probably September.
So that’s sounds in my ears, already pretty interesting and hope we can see it soon on the Appstore