Almost every Synthesizer lover has listened the Stranger Things soundtrack in the recent months and many tutorial published on youtube how to program this sounds. Above all, we are all inspired by the beautiful, eighties sounds of the old synths in this soundtrack. To get more of the charm of the 80s, SURVIVE will release the entire soundtrack on cassette. In my opinion, this soundtrack really fit perfectly on a tape release. 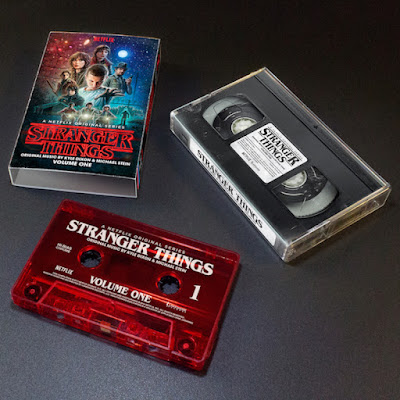 Each volume of the soundtrack will get one cassette release. Beside the soundtrack, the producers will release the series also on VHS.

The cassette version of the Stranger Thing version will be available on July 14 exclusively from Urban Outfitters.