Apple announced today on the first day of the WWDC17 event iOS 11 with many new features like a new file system. Beside this major OS upgrade, the Cupertino based company announced two new iPad Pro with 10.5 and 12.9 inch. The 10.5 inch model will replace the current 9.7 inch model. Both models coming with far more power and instantly with 64 Bit. 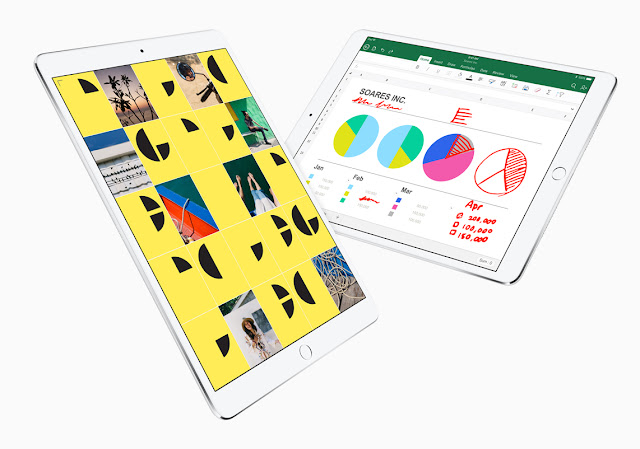 It will be now interesting to see how much better these devices will be with music apps and how much RAM the new iPads will include. Typically, Apple doesn’t reveal such informations at the event but mostly it takes some days to get this info. Also, worthwhile to check out how many different apps, you can run now with one iPad without CPU problems.
One great news during the iOS 11 presentation is for me Augmented Reality because this will open for sure a new world of next generation music apps. I have talked with Jordan Rudess in May about the next generation music apps and this could be the future. Check out below all the news of the new iPads.
Press Release
iOS 11, Coming This Fall, Brings New Features That Make iPad Pro Even More Powerful
San Jose, California — Apple today introduced an all-new 10.5-inch iPad Pro and a new 12.9-inch iPad Pro, featuring the world’s most advanced display with ProMotion technology and incredible performance with the new A10X Fusion chip. The new 10.5-inch model reduces the borders by nearly 40 percent to fit into an incredibly compact package that still weighs just one pound. Combined with powerful new iPad features in iOS 11 coming this fall, like the all-new Files app, customizable Dock, improved multitasking and deeper integration of Apple Pencil, iPad Pro gives users the ability to be even more productive and creative.
“These are by far the most powerful iPads we’ve ever created with the world’s most advanced displays featuring ProMotion, the powerful new A10X Fusion chip and the advanced camera system of iPhone 7,” said Greg Joswiak, Apple’s vice president of Product Marketing. “Together with iOS 11 these new iPad Pro models will radically change what users can do with iPad.”
The Most Advanced Display Featuring ProMotion 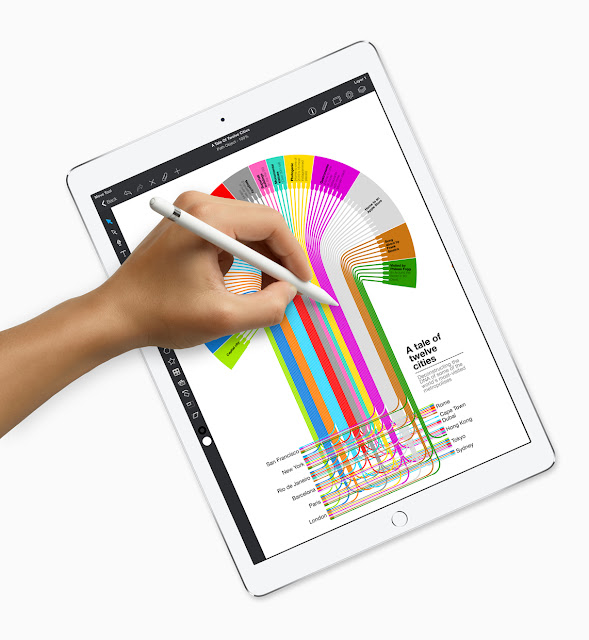 The stunning, redesigned Retina display in iPad Pro features ProMotion, a new technology that delivers refresh rates of up to 120Hz for fluid scrolling, greater responsiveness and smoother motion content. With ProMotion, Apple Pencil is even more responsive with an industry-best, 20-millisecond latency for even more fluid and natural drawing. ProMotion also improves display quality and reduces power consumption by automatically adjusting the display refresh rate to match the movement of the content.
The advanced Retina display is Apple’s brightest iPad display yet and features antireflective coating, making content easier to see indoors and out. True Tone dynamically adjusts the white balance of the display to match the light around you for a more natural and accurate viewing experience. A wide color gamut enables iPad Pro to deliver digital cinema-standard colors. 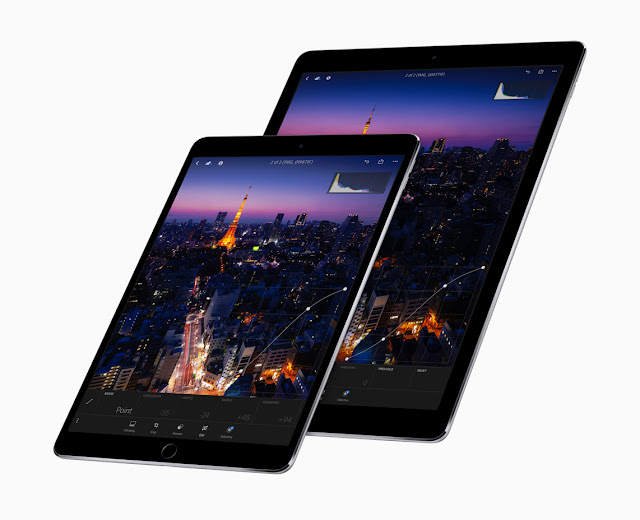 iPad Pro is the perfect device to shoot, edit and share pro-quality photos and videos. It features the same advanced front- and back-facing cameras as iPhone 7, including a 12-megapixel camera with optical image stabilization, along with a 7-megapixel FaceTime HD camera. iPad Pro also features a four-speaker audio system, providing powerful, clear and rich stereo sound in any orientation. An embedded Apple SIM2 and support for 802.11ac Wi-Fi and LTE Advanced3 make it easier to stay connected when traveling in more than 180 countries and regions.

Touch ID on iPad Pro is more responsive and gives users a simple and secure way to unlock iPad, keep personal information private within apps and approve purchases from the App Store, iTunes Store and iBooks Store. With Apple Pay on iPad, paying for physical goods and services within apps or on websites in Safari has never been easier.