Xhun Audio had for long time an excellent virtual analog Synthesizer which emulated excellent the characteristics of the Moog Little Phatty but only for Windows. After long coding, the company announced today the official release of the Xhun Audio LittleOne 3.0, a major new version with finally mac support. As mac user, I’m looking now forward to checking this out because i had no chance to play with it because I don’t have currently a windows system.
LittleOne 3.0 offers a full DSP reboot and is built on a development framework that took several years to complete, offering native cross-platform compatibility. 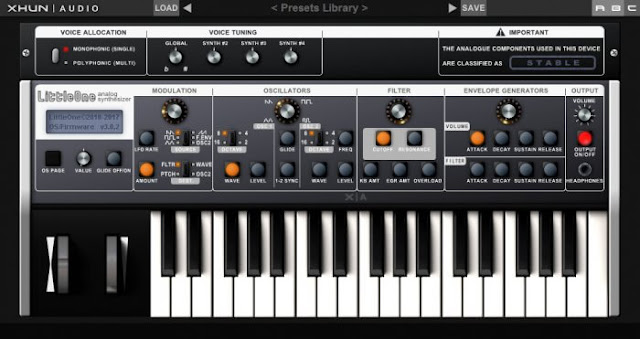 After several years of constant research and development, LittleOne version 3.0 represents a huge step forward compared to the previous versions of the software, thanks to the adoption of the analogue technology simulation/emulation techniques available today.
Completely re-written from the ground up in efficient C++, LittleOne version 3.0 brings a massive improvement on the DSP side (for both the synthesizer section and for the sequencers and effects processors included in the rack section) as well as a full native cross-platform compatibility. It is available for both Windows and macOS (formerly OS X) as 32-bit / 64-bit plugins in VST (2.4), VST3 and AU formats.
Features of LittleOne 3.0 Synthesizer 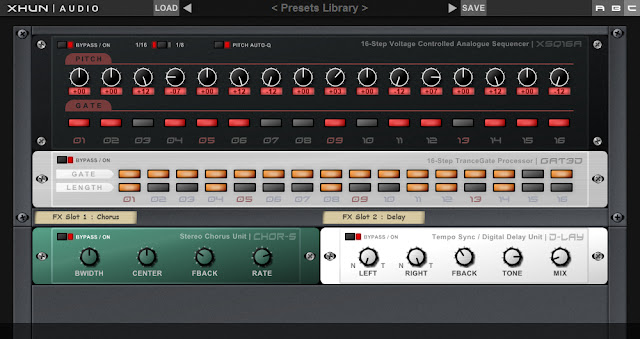 LittleOne 3.0 for Windows and macOS (VST/AU) is now available for purchase for the introductory price of 49.90 EUR until May 15th, 2017 from the official developer website. The regular price is 69 EUR. Registered users of the previous version of LittleOne get a free upgrade to version 3.x.
Beside the official release of LittleOne 3.0, Xhun Audio also announced an update for the Big Steps expansion pack, featuring all the presets and sequences previously available but with some improvements, in a format 100% compatible with the new preset manager in LittleOne. Owners of the BigSteps will receive the upgrade for free and a free bonus pack with a selection of presets is also now available for download for the LittleOne 3.0
Available here: Xhun Audio LittleOne Synthesizer