After the Superbooth, it was very calm with rumours from Behringer but today they reported back from their cloning kitchen with some new picture of PCB of an upcoming new instrument recreation. 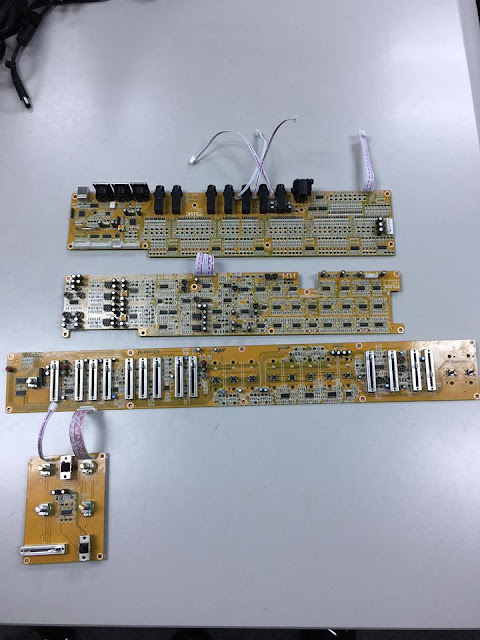 There are no official informations what kind of instrument they will clone /recreate but many rumours circulate at the moment. Will they build again an analog Synthesizer or maybe their first digital synth recreation. Sequencer.de estimate a Roland VP-330 Vocoder Synthesizer because the PCB’s have a lot of similarities of the original interface design. For me personal, this estimation is true because after the checking the interface with this photo, it smells like an upcoming Behringer vocoder based on the Roland VP-330.

(Picture Credits: Roland VP-330 Vocoder)
It would be the right decision to jump now to another kind of instrument because after the official announcement of the D and the release of the DeepMind12, another analog synth would be now a bit boring. We are looking forward to get more information about this upcoming new instrument. For the moment, there are unfortunately no other informations to tell you.
Source: Behringer FB