A year ago, a new synthesizer/sampler combination was released on iPad but unfortunately the app doesn’t reach a lot of interest. Maybe also because the developer doesn’t updated the app regular. It’s a quite cool app with a lot of cool features but without updating stuff for the current iOS, it’s hard to support such an app but good news this week, there is a new version available. The developer released today a new version with MIDI, AudioBus support and the possibility to create own presets. Honestly, I’m happy to say finally an update for this app.
Available here: Moon Beam Synth/Sampler 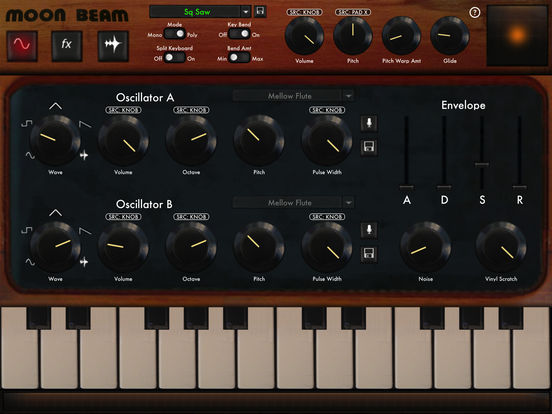