It’s the week of the SuperBooth but also the sequencer week. This module is the second big sequencer announcement of this week. After the Winter Modular sequencer, it’s now time for the Zetaohm FLXS1.

Zetaohm announced today that their massive FLXS1 Eurorack step sequencer is now available on Kickstart to pre-order. This new step sequencer is so exciting because it offers a very unique interface design but with very clever features. It includes four channels and on each channel, you can run 1 sequence with up to 64 steps. Logically, the module comes with four gate outputs (0-8v) to access each sequence and eight CV outputs (±10v, 16-bit, 2 per channel) Interesting also the way how the arpeggiator mode works. It can start on every step and include the best-known ratcheting feature that Tangerine Dream used in their sequencers. 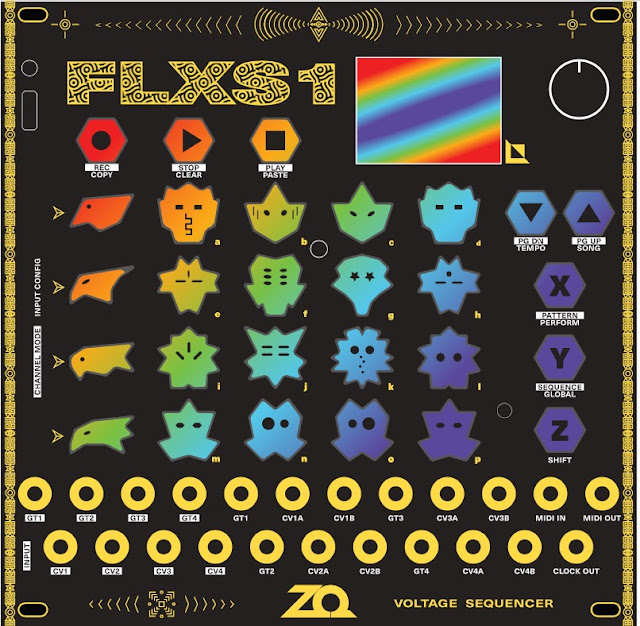 Further the included LFO is interesting to have because it allows to put some LFO action on each step. So you can program a sequence and on some steps only, you have an LFO effect on it. I recommend to check out their introduction video to get an insight of the new FLXS1 four channel sequencer.
Features of Zetaohm Fluxus One Voltage Sequencer
The Zetaohm FLXS1 is available now for pre-order over Kickstarter for a starting price of $575 USD (Retail $675 USD)
Available here: Kickstarter Zetaohm FLXS1