ROLI released this week the Beta Version of BLOCKS Dashboard. This new software expansion allows to control Logic Pro, Ableton Live and even other software products. 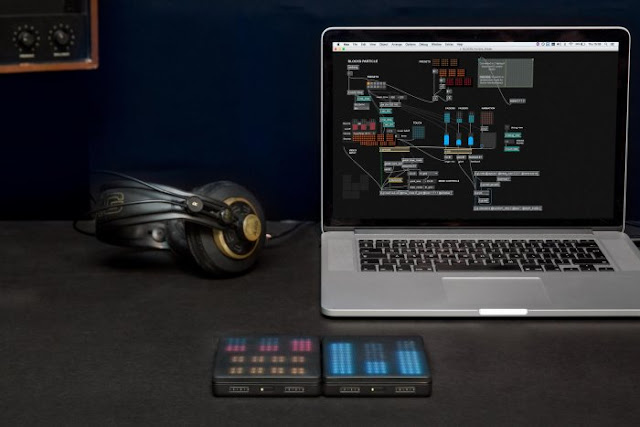 ROLI is delighted to work together with the fast-growing BLOCKS community on this open beta release, adding features that improve the workflow of BLOCKS creators. Community feedback will help guide ROLI’s ongoing development of this versatile application.

With BLOCKS Dashboard the Lightpad Block, Live Block and Loop Block become open-ended MIDI control surfaces. Music-makers can configure different display modes on the surface to control different instruments and parameters within their chosen software programs. The LED-illuminated Lightpad Block, for example, can become a bank of faders controlling a program’s effects – or a 2×2 or 4×4 drum pad controlling drums in a software synthesizer.

BLOCKS Dashboard is the latest addition to the BLOCKS system, which won “Best in Show” at NAMM 2017. ROLI introduced the Lightpad Block, Live Block, and Loop Block in November 2016. The three modular controllers have complementary musical functions, and they connect together to create expandable kits that work with a range of musical styles, skill levels, budgets – and now, software programs. The system is powered by NOISE, a free music-making app for iPhones and iPads that is also the software engine of BLOCKS.


BLOCKS Dashboard integrates BLOCKS with a variety of Digital Audio Workstations (DAWs), plug-ins, and other software programs. These include:
The BLOCKS Dashboard Beta is available now for all BLOCKS music makers to download via their My ROLI accounts for free.The BLOCKS Dashboard beta works with devices running Windows 10 and above. The application does not, however, currently support firmware updates via Windows due to technical limitations outside of ROLI’s control. Creators who plan to operate the BLOCKS Dashboard beta on a Windows device can update their Blocks via a Mac OS X device prior to using BLOCKS Dashboard with their PC.
More Informations here: ROLI Blocks Dashboard