Puremagnetik released a new sample library for Ableton Live, Kontakt and Logic. Esqone is a sample library that brings the magic of the Ensoniq ESQ-1 to your desktop. The library includes near 1000 samples and over 1 GB of sounds. With this new product from Puremagnetik, producers can enjoy one of the greatest synths of the 80s in your DAW. 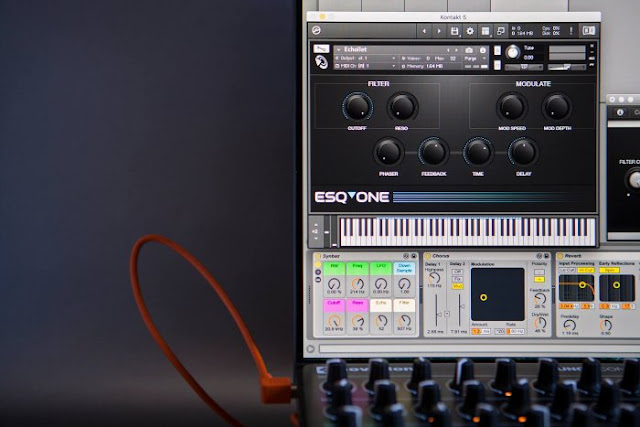 The ESQ-1 was released in 1986 and quickly became one of the most sought-after digital synthesizers of the decade. With digital waveforms and analog filters, the ESQ-1 used Ensoniq’s own wavetable chip to generate its sound. This unique synthesizer has now been captured by Puremagnetik in a library of expertly programmed patches. The Esqone Ableton Live Pack comes loaded with over 30 multi-sample instruments with expressive mappings, all programmed with pre-assigned, Push-Ready Macro controls.
Esqone for Kontakt was designed with a custom KSP easy edit interface. It has been developed with filters, effects controls and modulations.Esqone for Logic includes a collection of instruments that install directly into your Logic library. All sounds have been pre-programmed with Logic’s Smart Controls allowing instant access to sound sculpting and performance features.
Esqone features
Esqone is available now for purchase for $8 USD. Spark and Century customers can download this new library from their user account.
Available here: Puremagnetik Esquone