Old ideas 1. Fragments Generator was an attempt at analog granular synthesis. A great idea that just did not sound good enough in practice. The module in the picture works but it sounds thin and is treated like an interesting design experiment. We made the mistake of announcing the Fragments Generator before it was finished but the circuit never sounded good enough take beyond prototype. We did like the panel layout and later used it for the Analog Replicator. 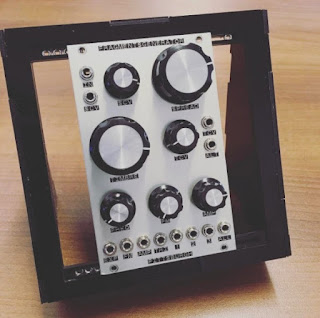 Old ideas 2. The Synthesizer Cell One is the precursor to the Synth Block. It was our first attempt at an all in 1 synth voice module. Lack of a fine tune knob made it almost impossible to tune. The overall sound and voice architecture is very close to the Synth Block. There are 2 or 3 of these modules that work but they mostly sit in a box behind Richard’s desk. 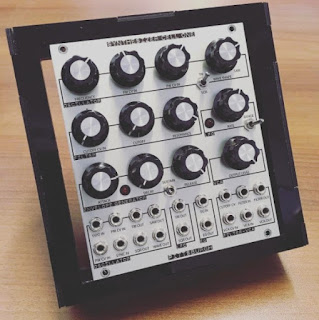 Old ideas 3. There was going to be a whole series of DNA modules after the Symbiotic Waves. The DNA Cycles was an all digital dual LFO that ran on a PIC chip. This module worked well but was finished around the time our analog engineer Michael Johnson became more involved and ultimately the entire DNA line was scrapped to focus our energies on analog designs. Only 1 DNA Cycles exists and it works with just a few quirks. 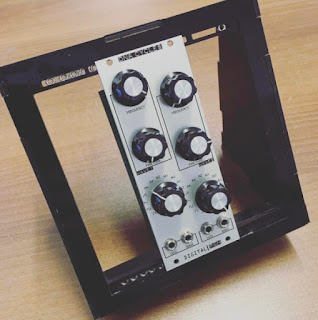 Old ideas 4. The DNA Double Helix was a large digital wave table oscillator designed as part of the DNA line. It was never formally announced but Richard demoed it at an Analog Haven event. Production was cancelled after a decision to focus on analog designs. The DNA Double Helix is a deep module that sounds great. There is somewhere around 10 hand built modules floating around the world. The name Double Helix was co-opted for the new Lifeforms analog 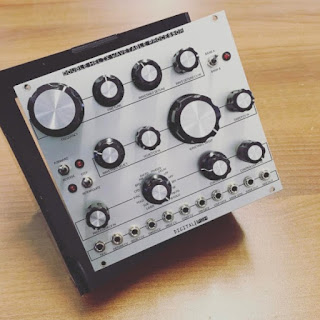 5 – DNA Time Glitch
Old ideas 5. The DNA Time Glitch was another of the scrapped digital DNA modules. Most of the code behind this module was repurposed for the Probability Machine game in the Game System module. The glitch algorithms Richard developed for the DNA Time Glitch were used in the Lifeforms KB-1 and the Lifeforms Percussion Sequencer. This module was scrapped before the code was finalized and there are no working modules. The Game System became the focus of development before it was finished. 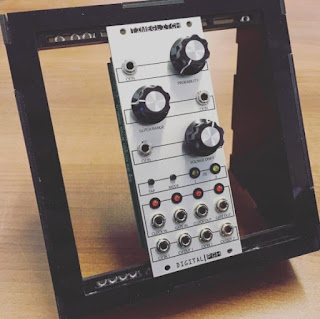 6 – Reverb
Old ideas 6. The Reverb (no panel) was designed around the Belton Digi-Log Reverb package. Ultimately we were unimpressed by the sound and limitations and designed the Verbtronic module from scratch. One Reverb prototype exists but a panel was never produced. 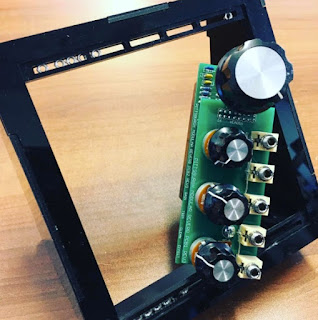 Old idea 7. The first version of the Game System was a very dense 8hp. Too tight for manufacturing so it was expanded to 10hp after this prototype. Only one 8hp module works although the PCB was extensively modded. It has a few early games installed that did not make it to the production firmware. 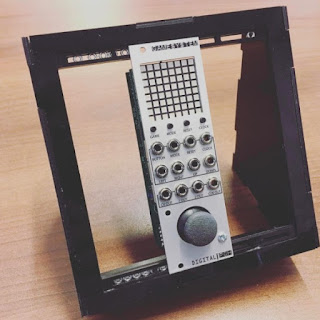 Old ideas 8. The Lifeforms SV-2 was developed at the same time as the SV-1 and was meant to be a modular expander to the SV-1. Ultimately we decided that individual modules were a better way to expand the SV-1. Prototype PCBs were ordered but never built. The digital probability random section was added to the functionality of the KB-1. 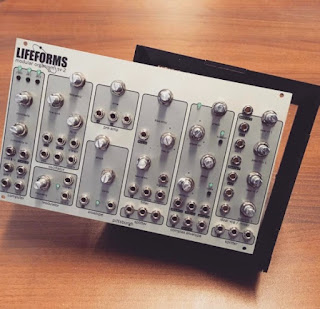 9 – Lifeforms Control
Old ideas 9. The Lifeforms Control was a capacitive touch dual VCA and modulation source. The idea was it would offer a more playable VCA while also offering some control features like touch pitch bend and mod wheels. The result was a module with a feature set that was not focused enough to make sense. The analog VCA circuits and the architecture of the firmware became the foundation of the Percussion Sequencer. One somewhat working prototype exists but the firmware never matured past the experimental stage 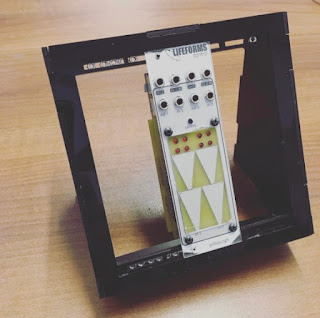 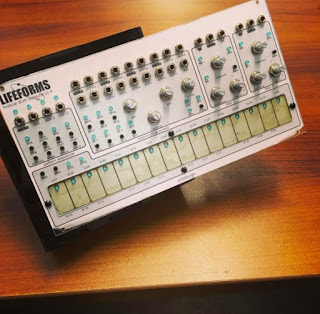 11 – Case prototype
Old ideas 11. This case prototype never had an official name. It is 2 rows of 48hp. Because of the angled top row, the case has a very high wood to module ratio making it kinda ugly. The idea of an angled enclosure was utilized to better effect for the new Structure desktop enclosures. Richard uses this one of a kind case at his desk for a testing rig. 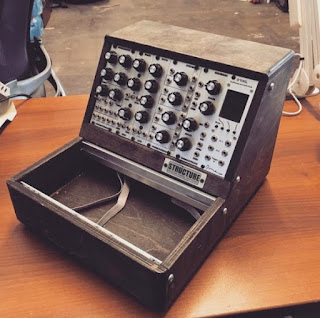 12 – 24hp acrylic case
Old ideas 12. This 24hp acrylic case was designed as a way to test rail-less sliding nut assemblies. It was cut out on our desktop CNC machine. A few were built but it was never meant to be a product. It is mostly just used for photos now. 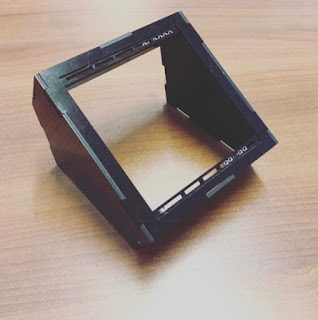