Kilohearts released today Transient Shaper, a new dynamic processor that helps shaping the initial attack of a sound. This is also known as the transient. This new plugin works together with the Snapin plugins. Additional, the company announced a 30% OFF sale on their plugins. 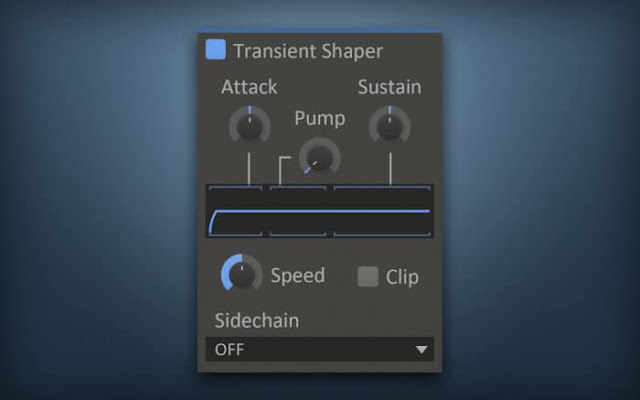 “If you’ve ever tried to get that exact snap or punch in a snare or tame the pluck of a guitar with a compressor you know that while it might be possible it’s often pretty fiddly”, says Anders Stenberg, CTO, “Transient Shaper gives a very direct control of the envelope, and is superior to a compressor for transient control.” Transient Shaper enables separate control of the initial transient and the tail of a sound, controlled by the Attack and Sustain knobs respectively. Increasing the Attack can add presence and bring a sound closer while dialing it down can push it back and make it blend into the mix. Adjusting the Sustain can emphasize a reverb, or remove it altogether for a drier sound. With a clear graph of how the envelope is affected, getting quick results is easier than ever.
Amplifying the transient of a sound, which often means amplifying what’s already the amplitude peak, can unfortunately bring the meters into the red. To control this, Transient Shaper offers to optionally clip the output using a soft clipper, or control the transient with its third main knob; Pump. Instead of amplifying the attack, Pump temporarily lowers the gain following a transient. This emphasizes the attack without actually increasing gain, very much like what a limiter or compressor does but with more direct and visual control. “Other transient tools often control excess gain through slapping on limiters, but it can be hard to know how these affect the envelope”, says Per Svanberg, CEO, “We chose to instead put this control front and center, quite literally, showing exactly how the envelope will be shaped.”
Transient Shaper follows Kilohearts’ trademark clean and to-the-point design, making it quick to work with both as a professional and hobbyist. Like all Kilohearts effect plugins it supports the Snapin plugin format and can be loaded in the award winning modular host Multipass for multiband transient control. 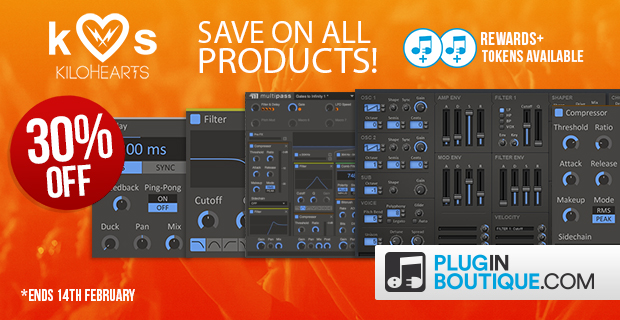