Chris Rivers, known for his great and cheap IOS apps, released today a new IOS Audio Unit effect app. Lofionic Mani is an analogue emulation of an chorus. Really great to see a new from this developer because they are great in sounding and doesn’t cost a lot.
Available here (0.99$) 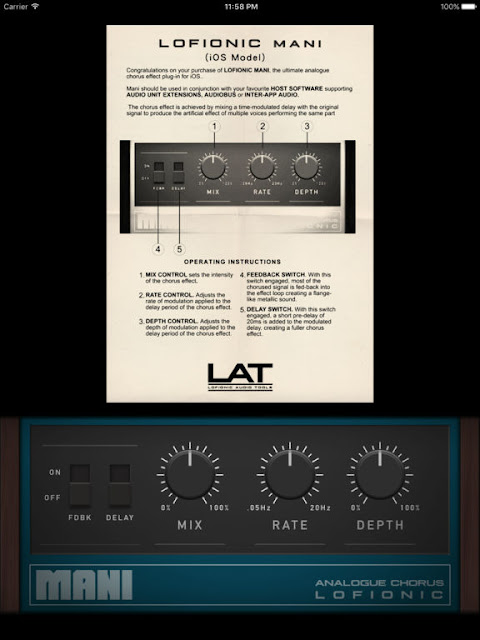