One of the latest plugin developed by Eventide was the Tverb, a special reverb used by David Bowie for his Heroes album. Now you can grab this plugin with an amazing 60% OFF discount for limited time. It’s really an interesting reverb plugin where you can change the microphones in the room. Additional, for each plugin you have from Eventide, you receive one month of subscription for free for all their plugin. If you have three plugins, you receive three months for free.
Available here: Eventide Tverb 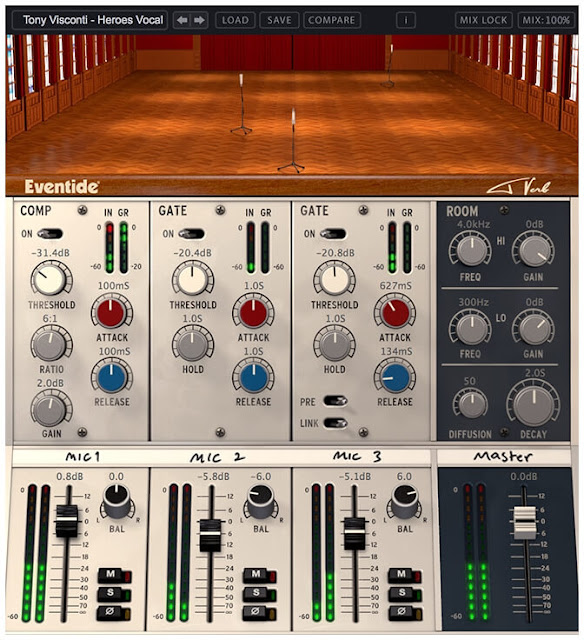 Tverb was developed in collaboration with legendary producer, engineer and musician, Tony Visconti. The plug-in was inspired by the iconic sound of the title track of David Bowie’s twelfth studio album, Heroes, recorded in August 1977 in the shadow of the Berlin Wall. With only one track left for lead vocals, Visconti was able to harness the power of Bowie’s voice by inventing a stunning recording technique. This technique is the foundation of Tverb.
Visconti set up three microphones in the hall of Berlin’s Hansa Studios, the first for Bowie to sing directly into, a second positioned about 15 feet away and the third further back in the hall. Visconti placed gates on the second and third microphones set to open as Bowie sang louder and louder.
Tverb features