Another Vocoder Synthesizer released for IOS. 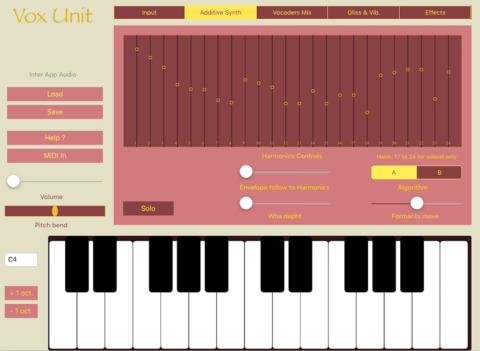 Vox Unit is a vocoder. You speak in the microphone, you play on the keyboard, and choir and vocal effects are produced. Vox Unit was optimized to create realistic choir effects. You can also produce soloist voices or strange vocal effects with, that you’ll love to mix in you next musical production.
Listen to the short demo in the App Store, or to the longer version on our website to have an opinion on how Vox Unit sounds : all vocals were produced with Vox Unit, and only a global reverberation was added during the mix. 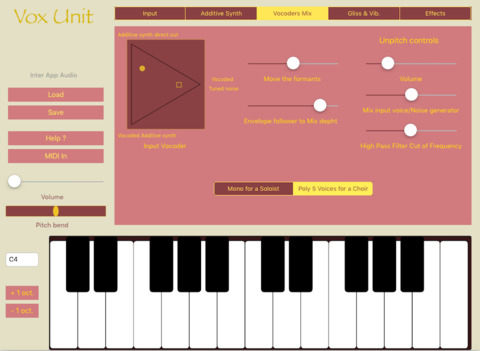 Several synthesis technologies were combinated to obtain this result, you’ll get a very original vocoder downloading this musical instrument. Many presets are included to simulate your musical inspiration.

Use a headphone when you play Vox Unit : be carefull about the feedback noises elsewhere.
Vox Unit includes MIDI and Inter App Audio protocols : the demo was recorded with Garage Band iOS for example.
Vox Unit is available here