This sounds very experimental and now this app released back in 2013 got very important updates for the connection with other apps. Now it’s included AudioBus so you can record it with another app. 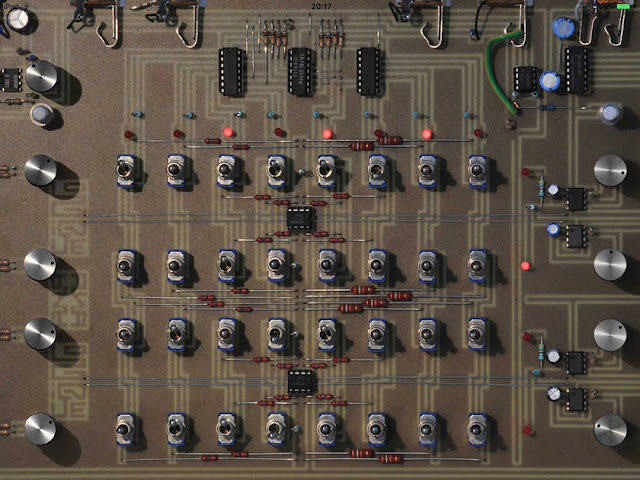 Create surprising, complex rhythms and distinct lo-fi sounds using the Logique Analogique app! This simulation of an existing circuit board includes an 8-bit counter, a parametrizable, analog implementation of logic functions, and a four-channel, 1-bit sound generation.Tap the new film/tape reel icon to record video or audio. Tap again to stop and share to AudioShare, a DAW app, or even your favorite social network / messaging app. Press and hold the reel to toggle between modes. Connect to other music apps via Audiobus. Note that audio/video recording and Audiobus are mutually exclusive.