Good News for owner and non-owner of Rob Papen Predator. Rob announced that Predator Synthesizer get a massive price drop for the next months and that Predator 2 is in development. Current users of Predator can upgrade later to Predator 2 for 49 Euro/USD. If you are user of the eXplorer III Bundle, you can upgrade it for 79 Euro / USD and receive later in this year also the new RP-Verb 2 effect plugin. 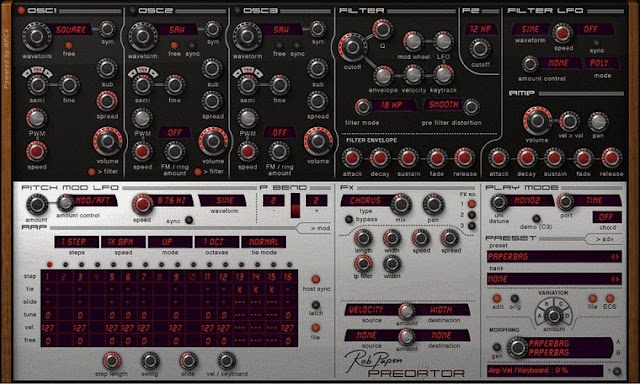