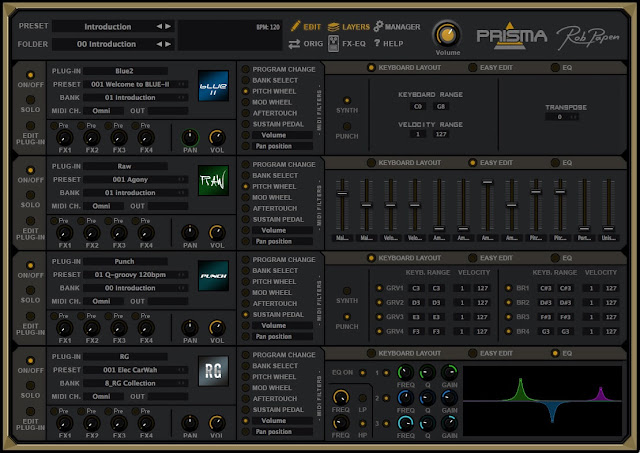 Making its début at the 2016 NAMM show, Prisma can stack up to four Rob Papen instruments, complete with their respective settings, as a single sound source. Each instrument can be opened individually and easily edited plus Prisma’s built-in features such as four top quality FX allow users to bypass the individual instruments’ effects to save on CPU – making it even faster to produce fresh and unique sounds.
Other smart features include individual velocity or keyboard range split layers which allows the user to creatively combine two instruments at once.
Imagine a Prisma preset with a dreamy pad from Blue II, together with an arpeggiated sound from Predator, a wild wobbulating effect from Blade and a groove from Punch…
Prisma is packed with a range of professionally-programmed presets, including stacks that only use instances of the same software instrument in case the user only owns one Rob Papen product.
Prisma will be completely free for registered Rob Papen users.
If you doesn’t know some of the plugins of Rob Papen, here an example video from Blue II FM Synthesizer: